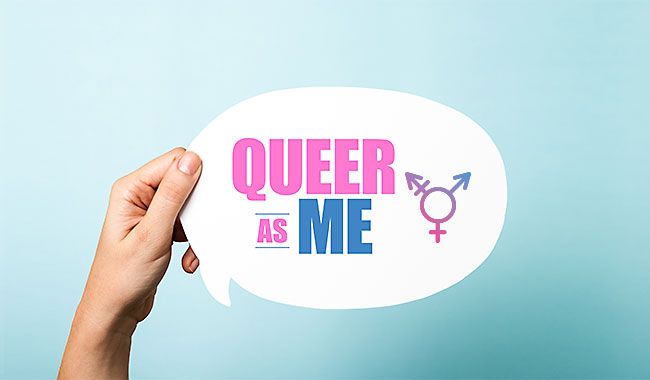 Queer as Me – Part 1: Beginnings

[Editor’s note: This is a series following Rachael’s transition from an A.M.A.B (Assigned Male at Birth) individual to that of a self-identified trans woman.]

I heard a noise in my head that sounded like a gigantic lock clicking open. It was like the earth shifted and my eyes finally saw in color. The understanding that I had been looking for all my life came like a flash of incredible peace and certainty. I knew, finally who I was. At least I was surer than I had ever been in my entire life. I wasn’t an anomaly, something to be looked down in distaste. I wasn’t a freak, someone who should have been aborted. I wasn’t all those things, those slurs and names that bullies called me growing up.

I was QUEER… and it felt awesome.

Actually it took a bit longer to know that I identified as queer. But I knew now that not being “normal” was ok. Oh my goodness, I was higher than any drug could make someone, I was SO very happy that I knew, finally. Then I broke down and cried rivers of tears. So many tears. It was like the hoover dam had broken, and all the pain and terror that lay hidden in my chest burst forth in a deluge of emotions. I was laughing as tears ran down my face. It was glorious and amazing and wonderful, and all those words you could use to explain happiness in its raw form.

I am Transgender. There I said it. The word felt bright and light, yet as it slowly sunk in that I now had a name for who I was, I didn’t know a lot about it. Although Google brought this amazing and wonderful word to me, I had yet to really figure out why I knew this was my identity. So, I started to scroll through pages of information trying to figure out what transgender was. I mean, all I had read in the beginning was that it meant that someone who was transgender identified other than their perceived gender. But what did that mean?

All my life I was told that because I have a certain type of genitals, I was male. But if that was the case why, oh why did that never feel right? I never fit in anywhere, except once when I went to college and spent many a time hanging out with a group of women, of all different ages, talking about relationships, good movies, and great books.

It was something I had forgotten, and until that moment had not realized how many other situations I had been in during my forty plus years that made my identity so obvious. I had never really understood why I was so different, than the other guys, and now I knew. I wasn’t a guy, no matter what doctors and other people told me throughout my life. I was a woman.

That lock that opened in my mind brought forth so many memories, so many different times throughout my life that made it as plain as day that I was so NOT “normal” that box that I just exploded from was something that I was placed in and created  to FIT IN with society. I was always trying to please others, just so people would like me, and let me be friends with them.

I constantly had to watch how and what I said, how I walked and moved my body, it was something that I had perfected over many years of watching the social cues. But it wasn’t me. It was a false persona that I had become and believed that I was. Now I was going to break that mould wide open, shatter it, as it were. For I realized that once I started down this path, this life, my life and all those attached to it would never be the same.

Sad to say, that was the last time I would be happy for a long while.

[Editor’s Note: To read Queer as Me – Part 2: Through the rabbit hole, click here. Be sure to check the blog every Thursday for the latest instalment of Queer as me, or follow us on Facebook or Twitter to be alerted about the latest LSOP blog posts and more.]

You are a strong and beautiful woman. I’m sorry it took you so long to find yourself but I’m so pleased now that you have, and how happy it makes you. I will always love you, forever and eternity.