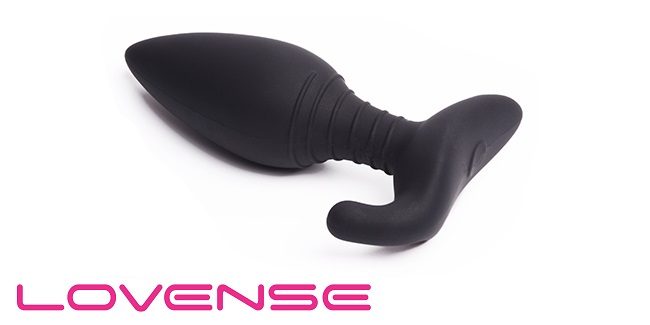 The luxury toy company Lovense  is new to the Little Shop of Pleasures Catalogue, and already their small collection of high-quality bluetooth enabled toys have become best-sellers. This month we decided to feature Lovense’s vibrating butt plug Hush, a toy that we are especially excited about.

The bulb of the Hush begins with a thin, tapered tip that swells gradually to its maximum diameter of 1.5”. The slim neck is spiralled with a raised ridge that is designed to trap lube in the sphincter, allowing for comfortable and easy removal even after extended wear. The base is wide and firm, ensuring that the plug will stay in place and not be pulled into the body. Its convex shape takes advantage of the curvature of the body, ensuring that it sits comfortably between the cheeks and protrudes very minimally for comfort when sitting. The front of the base hooks up to stimulate the perineum.

Hush’s single button is centred in its base, and is covered by the body-safe silicone skin of the toy. To turn the toy on or off the button must be held for three seconds. Once on, a quick press will scroll through the plug’s three pre-programmed speeds and two pre-programmed pulsation modes. The vibrations themselves are deep and rumbling.

The Hush is rechargeable, employing a USB cable and slim jack-pin that plugs into a tiny hole located on the plug’s base. Despite the charging port, the Hush is completely waterproof.

Bluetooth technology and smartphone apps are The New Thing™ in sex toys, but until very recently, anal toys were severely underrepresented in this department. Using the free Lovense Remote app, the Hush can be controlled remotely, either by the wearer or by a partner who also has the app and has been invited to share control of the toy, regardless of the distance between the users. For people who like to wear their toys outside of the house, this means that they don’t need to cart around less-than-subtle remote controls, and that the risk of the remote and toy losing the connection mid-play is not nearly as big as it can be with traditional remotes.

The range of intensity can be controlled with incredible precision, allowing for more customization than the pre-programmed settings offer. Combined with the ability to create and save pulsation patterns, the functions of the toy can be entirely personalised with the Lovense Remote App.

Around the same time of the release of the Hush, We-Vibe released the Ditto, their own Bluetooth enabled vibrating butt plug. While the two toys share quite a bit in terms of functionality and the quality of the materials used in the toy and its motor, they differ significantly in size and shape.

The Ditto is much smaller, with the bulb reaching only 1.3″ in maximum width and 3.5″ in total length. The base is also shorter (2.7″), and does not have a perineum massager. The ditto does have a slight bulge in the anterior side of the toy, which would, when used by a person with a penis, apply more targeted pressure on the prostate. 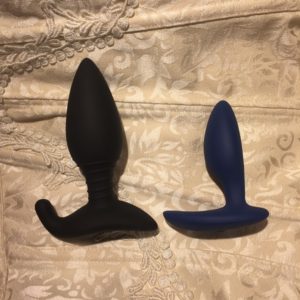 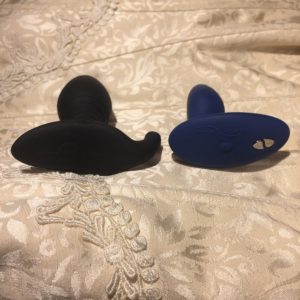